As the world has become increasingly digitized, I’ve become increasingly uneasy. Yes, it’s convenient in a sense to have my media collected in a computer instead of taking up space in my house. However the idea of my favorite movies, music, or video games existing only on hard drives, where something can go wrong and everything can disappear at basically any time is terrifying.

I was given my first CDs when I was in elementary school, and as far as I know I still have every CD I’ve ever bought, and I still have many (if not all) of the mix CDs I made back before iPod times. Needless to say, this all takes up a lot of space. You might be alarmed, but actually one of those two disc cylinders is actually mostly filled with blank CDs. But maybe you should be alarmed, bc after dragging all of this out of its shelf I remembered something. 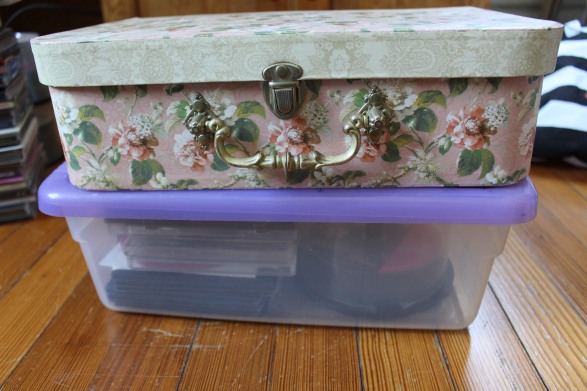 In the spare room I had stored two more boxes of CDs. Whoops. It hit me all at once a few weeks ago, that I should probably do something to organize this mess. I wasn’t even fully sure of all the CDs I had, and whenever I wanted to find something in particular (like when I loaned my My Chemical Romance albums to a friend this winter) it was a huge hassle. Enter my new best friend. 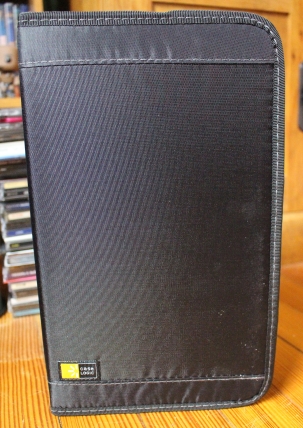 This is a 136 slot Case Logic CD Wallet, which I bought from Amazon. My plan was to put all of my CDs in here (except for mix CDs) and then send all the plastic cases that were clogging up my life off to the recycling bin. I put the CDs in alphabetical order by artist (or play name for Broadway soundtracks). Artists with multiple albums were arranged in chronological order.

Alphabetized from left to right, up to down, but not chronolized yet because that was too much of a hassle at this stage.

I also went off my rocker and decided that I would also tear up the album booklets and put the covers into the CD slots, which greatly increased the amount of time the whole task took. An wrinkle in this plan were the cardboard CD cases that have become a bit of a trend — those required a bit more cutting to size, and in a couple of places, I couldn’t get them to fit without totally ruining the album art. But I was able to preserve the album art for almost all the CDs. Nearly every disc has a cover in front of it, except for a few where I didn’t have the booklets anymore, and the second disc of any album that has two discs. 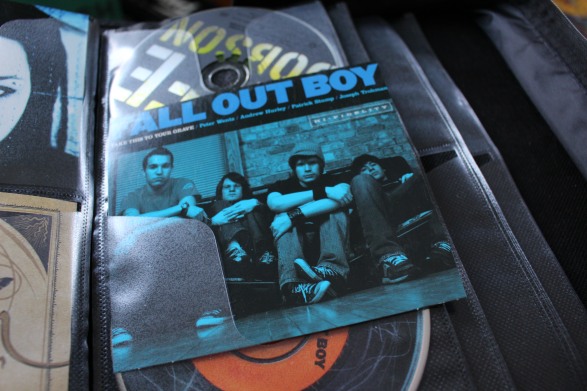 There was no way this was going to fit.

Even when I got tired and didn’t feel like doing it anymore, I kept going because I was afraid if I didn’t do it all on one sitting I wouldn’t finish it at all. Altogether, from alphabetizing to slotting in all the CDs and covers, the process took about 4 hours. I threw on a couple of Harry Potter movies to entertain me, and got the job done.

I did wind up leaving a few CDs out. I couldn’t bring myself to tear up these two signed albums, and The Light in the Piazza is super special to me, so I didn’t want to take it apart. I knew I had a lot of CDs, but didn’t think it was quite as many as it is. Towards the end I started to get scared I was going to run out of space. I only have 28 more spaces for CDs!

I’m glad I got this little task done. It’ll definitely make my life easier in the future. I’d been meaning to do it for awhile, so now that it’s done it’s like a little weight off of me. And it’s definitely very aesthetically pleasing when I flip through and see all the album covers instead of just the discs.

My next big project will probably be to print up some photo albums of my favorite pictures I’ve taken because I’m super worried about them disappearing too, even though I do have a backup made. Also, probably I should finally sort out my iTunes library on my iTouch, because god is it an unholy mess because of some weird choices Apple made.