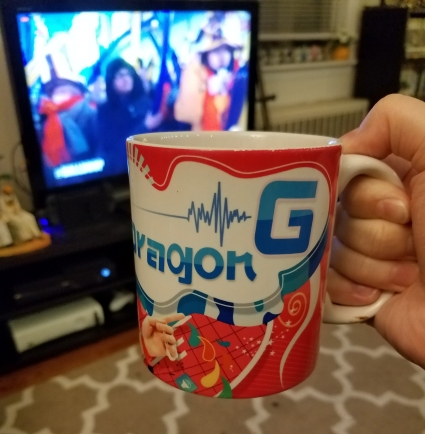 It was August when I decided that 2017 was a total wash, garbage, take it back to the store and try to persuade them to let me exchange it for a better year even though I’ve already used more than half of it because this one is clearly broken. The nail in the coffin was a boy, let’s call him K. We’d gone out maybe five or six times over the course of a month, and now, on the day he was supposed to come over to my house for the first time, he’d asked me to call him on the phone when I got home from work. I dialed him as soon as I parked in the driveway and when K picked up, he delivered the news that I really shouldn’t have been surprised to hear simply based on the patterns of my entire life. You know, the type that starts, “You’re a great girl, but…,” and ends with me saying, “uh-huh, okay, yeah, sure, thank you,” in an effort to get him to stop spouting polite bullshit so I can calmly hang up before I burst into tears.

I sobbed in my car for a few minutes, giving myself some time to feel feelings, because I knew that momentarily I’d have to go into the house and explain the situation to my mother, and I wanted to be composed when I did so. (We weren’t planning on a full “meet the parents” moment, but since I live in my mother’s house, I feel it’s only polite to tell her when I’m having guests over.)

I wasn’t crying because I felt so attached to K in particular. In fact, I’d actually started out sort of on the fence, but he was growing on me, and I’d started to feel that maybe the run of bad luck I’d been having since the spring was coming to an end. But no, yet another thing had fallen apart on me. Hooray.

I was crying because of the feeling that filled me to the brim: “Haven’t I already suffered enough this year?”

I know that the issues I’m about to describe will come across as kind of stupid and whiny and very “white privilege, first world problems” when compared to people that are actually suffering real hardship. I know I’m very fortunate to have a roof over my head, a job, enough food to eat, and family and friends that I can rely on for love and support. I am so, so grateful. But, fuck, 2017 was a real humdinger for me. I didn’t really accomplish anything beyond mere survival. The only good, new thing that I brought from 2016 to 2017 and actually got to leave the year with was my car.

There’s an embarrassing pattern in my life of me falling almost completely to pieces in most aspects of my life after my romantic relationships dissolve. My theory is that the boys make me feel so nice that I forget how shitty I feel about other parts of my life. When they’re gone I wind up standing with the shattered glass of my heart scattered all around my feet, waiting to cut me open while I look over what’s left going, “Fuck, right, this is what my life really is. I’d completely forgotten.” And then while I’m distracted by that revelation Depression digs her barbed hooks into me.

Anyway, dramatics aside, boyfriend ditched me at the beginning of April. My job became immensely less tolerable without anything to look forward to in the off hours (besides seeing my friends, who are great, but not the same as a boyfriend). I was already job searching then, because in March I’d been asked (read: told) not to make any plans to go away in August as our calendar coordinator was taking a three week vacation out of the country and they needed me to cover for her. Doing the scheduling is easily my least favorite thing I’ve ever been asked to do at my job; coordinating 12 lawyers is stressful and anxiety inducing because if you fuck up the calendar it can have repercussions for an entire case. So even though I had very little going for me, I did at least have a goal: “Get a new job by August.”

I sent out resumes and applications for all kinds of secretarial work in my area (minus NYC, because they might have a lot of jobs, but I’m not crazy about the city or that fucking commute). By this point, you can probably guess what happened between March and August. Nada. Not even one. single. interview. Or phone call. Great.

So, now we’ve come back to August, where I started this whole rigmarole. When K told me over the phone that he didn’t want to date anymore I was already a week into covering the calendar. I was a wreck; I’d been sneaking off to the bathroom at least once a day to cry out my stress. I can’t think of a time I’ve been more unhappy at work. I felt like an extreme failure for having five months to secure a new job to save me from this mess, but not being able to do it. And then I had received this other sort of rejection, the declaration that I was a great girl, but K didn’t feel that I would be long term relationship material for him. As I mentioned way back at the beginning of this post, I wasn’t too attached to K yet, but he was fun to be around, and that was what I needed at that point.

I collected myself, and went inside, but broke down again when I told my mom what had happened, making sure to explain that K was really only a minor thing in a string of disappointments. Through my tears I declared, “2017 is a cursed year.” Mom ordered us Chinese food, splurging on fried cheese wontons because I was very sad. By the time the food arrived, I already mostly didn’t feel sad about K anymore, but I was still very fucking done with 2017.

2017 did have a few more disappointments and frustrations in store for me (for instance, I hurt my back doing filing in October and haven’t been right since). But mostly, the rest of the year has just been very stagnant. Which is its own blessing in a way, but is also a fucking exhausting drag.

I’m trying to be hopeful about 2018, but it’s so hard, guys. I’m struggling to be optimistic when my day to day existence is still the same as it was before the clock struck midnight and I flipped my calendar over to January. And I know it’s on me to make changes, but my most desired changes require outside forces to cooperate with me as well, and since they haven’t yet, I’m stuck.

I turn 27 at the end of the month, and I just feel like my future is a grey void, that I’ll never have the things I want (which are, all things considered, very simple, and yet no matter how I try, the universe refuses to let me have them). I want 27 to be better than 26 so badly. But I’m terrified it’ll just be more of the same and I don’t know if I can stand that.