I like decorative pins — artists all over the internet are making really great designs! But I always worry that if I attach them to a jacket or bag they’ll fall off and I’ll lose them forever. If you saw my Desk Tour post, then you’ll know I found a solution for that! It was very simple — nothing more than an embroidery hoop and a piece of cloth.

I don’t know the artists for all of these, but I’ll have links to all the pins I do know at the end of this post!

However, this first attempt was far from perfect. I cut the fabric quite short around the back so it wouldn’t show at the front, but I don’t own a hot glue gun, so it wasn’t terribly secure. Adding or removing pins would cause the fabric to shift or lose tension. I do have a friend with a hot glue gun and I always meant to fix this up, and also make more hoops, but I kept forgetting. Until recently!

Awhile ago I got two new hoops at a craft chain called Michaels (the little one and the biggest one). The fabric I picked up at Walmart. The label on each bit of fabric (the colors were sold separately) said they were “fat quarters” which makes me giggle for some reason. Apart from a hot glue gun, to make these you’ll also need some nice sharp scissors and maybe some string depending on how you plan on hanging them. And also some kind of flat piece to press the fabric into the hot glue — I used a disposable chopstick for this.

I don’t have any progress pictures because I needed both hands to work on these and I didn’t want to ask my friend to stop playing Dragon Age, because it is a very important game that we both love, lol. But here are the steps of my process:

To be honest, my hoops are kind of a mess inside. I didn’t cut the fabric very carefully — I probably could have cut it closer so it would lay flatter.

This excess fabric/my sloppy mess is super visible in the yellow hoop (which formerly held the gray fabric, hence the string). On the darker colors this doesn’t show much or at all. So maybe I wouldn’t recommend light colors for this if you’re not prepared to be super precise, but the fabric I bought is also cheap/thin so if you had thicker cloth you might also be able to get away with a light color. My friend suggested getting some nice beads and gluing them around the edge so you can’t see the ugliness.

My only other regret with this project is that I didn’t take better care lining up the creases in the fabric. (Because, let’s be honest, who is going to iron the fabric for a little project like this?) If I make more of these, I’ll do a better job at lining the creases up horizontally or vertically, because looking at the crooked creases kind of irritates me. But again, this is something that shows less on darker fabric.

I haven’t entirely decided which pins of mine are going on which hoop, but I know I want to bring the little one to my cubicle at work. The big polka dot one will hang in my room, and I can expand to the yellow one once I fix it up/need more pin space.

I’m very excited to collect more pins now! Are there any artists you recommend? And if you have any questions about this project, please let me know.

Pins Featured In This Post (That I Know The Source Of):

Once upon a time there was a female who felt herself to be (in the words of the immortal Ms. Spears) not a girl, not yet a woman. After all, on the cusp of 28 years old she was well past her girlhood and probably didn’t even qualify as a young woman anymore. But for a number of reasons she could not escape her family home and live a life with full adult responsibilities and therefore often felt like a child. (Although, for the record, she was very thankful that her family home was a pleasant place to live. Just wanna put that out there.)

Additionally, there were aspects of her personality that occasionally made her feel childish. For instance, she would much rather stay in and play a video game than go out into the world and make connections that could perhaps advance her adult life. She had no long term goals besides “be happy and be able to support myself” which really was getting in the way of finding a job that would help her achieve those goals, as she had no firm direction to point herself in. When she reached her point of ultimate frustration, her body’s reaction was to cry (and then to cry more out of embarrassment for having cried).

However, her greatest problem was that she had very little discipline. This can be traced back to her years in college. After spending high school driving herself crazy to get good grades in her full course load of high level classes, she very quickly noticed that she had enrolled in a college that was perhaps slightly too easy for her. She realized that she could do the bare minimum and still get good grades, and so that is what she did (while somehow still managing to graduate a semester early). By the time she left the mountains to return home to the land of Jersey, her discipline had fluttered away on a breeze.

She turned her attention to various endeavors as she started her adult life, but she had lost her ability to follow through when it was not required by an employer. She took up the ukulele and wrote a handful of songs that were well received by people she knew, but when her inspiration fled, so to did her relationship with her ukulele. She bought a beautiful blue guitar and attended lessons, but when her teacher left the community center she let the guitar sit in the corner because there was no outside force compelling her to practice. There was a watercolor kit that she’d purchased after watching a few videos that had been barely touched. She couldn’t get herself to stick to an exercise regimen even though her overweight body begged her to by developing hypertension. There was a box of video games in her room that had been started, but never finished.

Then there was the whole slew of internet videos, over 100 of them, made over the course of many years. YouTube was her most successful attempt at keeping up with a hobby long term. She occasionally took breaks for months at a time, but always returned. Until one day it hit her that she did not want to go back. There wasn’t any particular reason, she just somehow lost interest in creating online videos (although she did still spend an inordinate amount of time watching online videos instead of doing any of the things mentioned in the last two paragraphs).

If she was being really honest with herself, in most of the things she tried she grew to feel she was hopelessly mediocre and would never be good or worth notice no matter how much effort she put in, so why should she even bother? 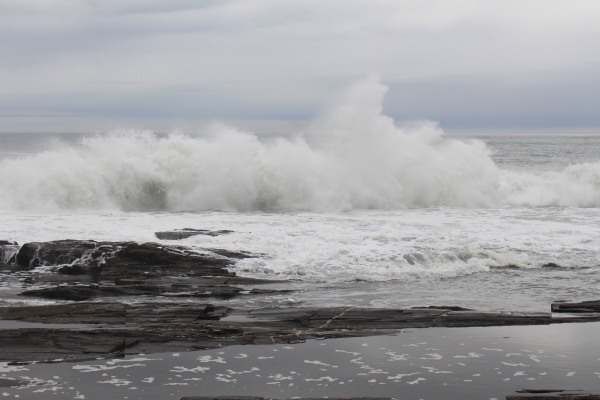 But just because she had given up on talking to a camera did not mean that she never wanted to talk to anyone about her more long-winded thoughts on the internet ever again. The internet can give the impression that we are meant to share everything about our lives, and while she knew that many aspects of her life were probably too dull to share, she still wanted to share some things. So she started a blog. She could have kept a physical journal, but the notion that someone might read her words and interact with her because of them excited her. She had made some quality internet friends on YouTube and thought that once she got going she might make some blogging friends as well.

She plugged away at her blog, dedicating time to make sure there would be a new post each week. While she didn’t make any new friends, she did feel herself to be free to talk about topics that she never felt alright talking about on YouTube. She finally unburdened herself regarding a few heavy stories from her life and was more open and raw about her mental health than she’d ever been before. She had friends and family to talk about these things with, but she could be clearer and take her time composing her thoughts. Somehow it was easier to write everything down instead of having to use her actual voice. It was freeing.

But then, the inevitable happened. After taking a week off to go on a trip, her posting became more irregular and ultimately ceased entirely. Her main excuse at the time that she stopped was “it’s too hot to sit at my laptop for hours during the summer to put these posts together” and she swore she’d return in the fall. But autumn came and went and winter began and still she had not really posted anything, besides a post saying that she would be posting again soon that had actually been posted quite some time ago. 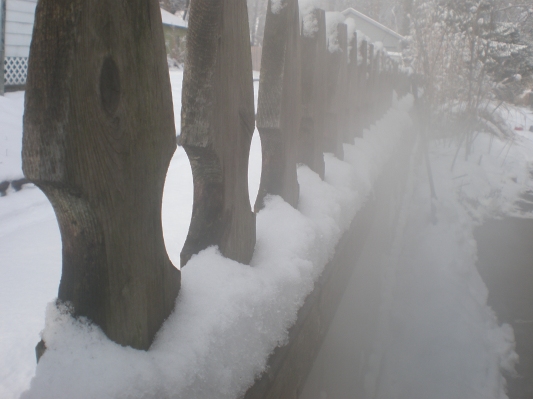 The blog tugged at the back of her mind, but she was nervous about returning. She realized that was scared that she had nothing new left to say after all of the YouTube videos and blog posts she had already made. Nothing interesting anyway. But she wanted to write. So just after the new year started she put Google Docs on her phone so she could work on the same documents both at her desk and away from it and she started typing away. She wasn’t sure if it was any good, or if she would even be consistent about it, but she very badly wanted to be. She wanted to prove to herself that she could follow through, even if she felt like a worthless mediocrity while doing it.

It was a new year, a new start, a new chance to do and be better. Hopefully this time something would stick.

[All images are from my collection of photos/YouTube thumbnails that I’ve taken over the years.]