Hello, all! It’s been a loooong while, hasn’t it?

If you thought I had given up on this blog, you thought wrong. It’s just that this summer has been A Time. By the end of it, I was referring to it as a cursed summer, because it seemed like less than ideal things were happening not only to me, but to everyone around me.

Pictures in this post are all from a walk in a wooded place in my area last fall that I never used for anything!

For instance, just as I was beginning to feel confident in my new position, I had to cover our calendar for a week because of a near death in someone’s family, which always puts me in a bad headspace. (Why are people so fucking rude??)

My doctor put me on a low dose of a diuretic at the end of July because my blood pressure finally went from borderline bad to actually bad. Needless to say this made me feel like shit mentally, but I didn’t have time to worry about that because the day after that appointment, one of my close friends experienced a major medical emergency.

Thankfully they survived it, and while they could’ve suffered major losses of mental or bodily function, they did not. They were home by the end of August, but that month was full of a lot of hospital visits and anxiety and trying to take my mind off of that anxiety by driving through the desert in GTA Online. (My friend is doing relatively well most days now, although they still have a lot of healing to do at home.)

A relatively minor gripe, all things considered, is that we had kind of crummy weather on a lot of the weekends, so I couldn’t get down the shore at all.

However, the biggest thing that always keeps me away from computers after work in the summer is the heat. Even in my YouTube days, I was always less active in the summer. I’ve spent the past two summers getting by with just a big fan in my room, without putting an air conditioner into the window. The only thing I want to do when I get home on a hot summer day is sit myself right in front of the fan doing something that requires minimal energy (like reading or, again, video games) until it is time to flop my whole body down in front of the fan so I can go to sleep. The cord for the fan isn’t long enough to reach that close to my desk, and if I plug another thing into the ancient powerstrip at my feet, I’m sure it will catch on fire, lol. As a result of all of that, sitting at my desk is too sweaty to tolerate during the summer.

But! Now that the weather is cooling down and life is becoming calm, I am ready to make my return. I’m not ready for a full return just yet — I want to prep at least two blog posts first, to give me a head start on a regular schedule. You can look forward to posts about Flame Con! The New York Renaissance Faire! Portland, Maine! And much more!

However, I noticed that my first blog-a-versary just passed, so I wanted to throw up a quick post to say hey, let y’all know why I dropped off the map, and to thank you if you’re still willing to read my stuff after I disappeared without warning.

Throughout my life I’ve tried to keep many different diaries, and then blogs once the internet came along. I always lost interest in them very shortly, but I’m somehow still interested in writing here after a whole year has passed, and I intend to keep on doing so for quite awhile.

See you soon (for real!),
Krys 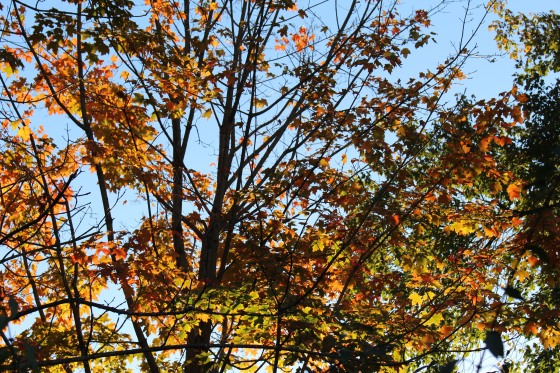